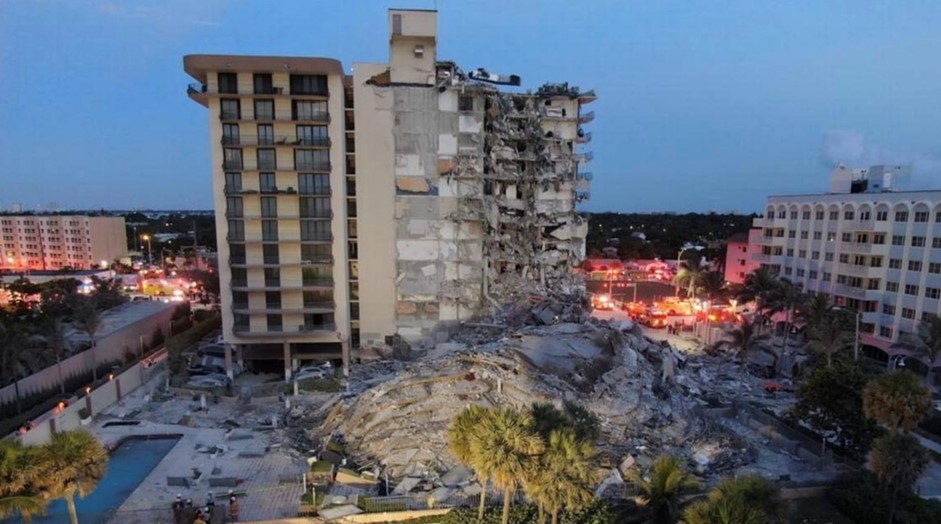 It’s been nine months since the 12-story Surfside Condominium tower collapsed like an accordion upon itself in 12 seconds. Almost 100 people of all ages lost their lives in the tragedy and scores of others had their lives forever changed.

Understandably, there’s been no shortage of analysis conducted and blame attributed. Throughout its aftermath, we’re all left with one profoundly important question: How could such a thing have ever happened?

As engineers, our job is to design and build structures that exceed expectations. Our education, extensive training, and years of experience require that we fulfill our professional oath and our inherent responsibility to our clients and the greater public. Our foremost mission is to build with a purpose and to ensure no loss of lives both during construction and throughout a building’s life history.

So, what happened at Miami’s Champlain Towers in the warm, muggy, early morning hours?

The problems can potentially be traced as far back as 1981, when the towers were built, through 2018 when they received a structural engineering review: a procedure akin to a midlife physical and a requirement for all Miami-Dade County buildings when they reach the age of 40.

The most obvious catalyst was the roof of the underground parking deck supporting the pool, the entrance, and the first floor of the tower. Its collapse triggered the tragedy. Sadly, those associated with the building knew about substantive problems associated with that deck, problems that were highlighted in the building’s 2018 inspection when the analyzing engineer wrote: “…failure to replace the waterproofing in the near future will cause the extent of the concrete deterioration to expand exponentially.”

While the condos undoubtedly had beautiful views of the water (the Atlantic Ocean to the east and the Intracoastal Waterway to the west), it was water that brought the building to its end.

As we all do when constructing near salt water, we reinforce structural concrete, usually with steel. But it doesn’t take an engineer to know that steel and salt water aren’t compatible. Anyone with a driveway or a sidewalk knows that concrete cracks. For most, that means crabgrass or clover can spring up, forcing you onto your knees to pull the plants up by the roots.

But when concrete cracks around steel, the damage is considerably more significant. When those inevitable cracks appear, the steel rebar becomes exposed to the elements — in the Surfside environment, salt and water. Without proper maintenance, that exposure can begin to rust the rebar. When rebar rusts, it expands. That expansion increases the cracking of the concrete, beginning a cycle of degradation. If left unchecked, it can deteriorate the integrity of the structure.

As we mentioned above, the 2018 inspection report noted major structural damage to this concrete slab, largely due to water from the pool deck draining into the underground garage. Once in the garage, the water seeped into any crack it could reach. This draining and runoff was identified by the residents. But what they didn’t realize was that it was far more than an inconvenience.

Here’s how an article in the Miami Herald described the problem created by the water:
“The deck — which sat on skinny columns to maximize parking space below — was barely designed with enough strength to support a pool party, much less the layers of pavers and standing water that loaded it down over the decades,” the report says. “While original design flaws alone were unlikely to have initiated the collapse that happened 40 years after construction, engineers consulted by the Herald said the deficiencies, in combination with concrete deterioration, could have been the difference between a single floor caving in and the kind of progressive collapse that killed 98 people.”

As anyone who’s seen the Grand Canyon can testify, running water can do some damage, leaving an inalienable mark upon the landscape.

Especially when building near the ocean, caution and redundancy are imperative. Perhaps those responsible for the design, review, and construction didn’t invest enough in either when building on that beautiful view. “The design was faulty,” Eugenio Santiago, a licensed structural engineer and retired chief building official for Key Biscayne, told the Herald. Overcrowded columns were “cracking from day one,” he said.

Will we ever completely understand what happened on that tragic day in June?

The National Institute for Standards and Technology (NIST), a regulatory body of the federal government, is investigating the collapse. The final report could take 12 to 24 months to complete. Rather than assign blame, however, NIST is analyzing the situation more proactively, to determine improvements to design, engineering, and construction.

The City of Surfside has hired Allyn Kilsheimer, founder, President, and CEO of KCE Structural Engineers, to assess the collapse and make recommendations on how to address current and future high-rise condominiums that dot the city. As part of that assessment, Kilsheimer found no issues with the North Tower of Champlain Towers. “There’s nothing that we’ve seen so far that would indicate any potential for a structural collapse,” he said.

And a group of Florida-based Architecture/Engineering/Construction (AEC) experts are recommending that buildings be inspected within the first 30 years — not 40 as under current law — and then undergo reinspection every 10 years after that. For buildings within three miles of salt water, these experts further recommend that inspections occur within the first 20 years, followed by reinspection every seven years. “We look at that as the bare minimum; there should be more inspections than that,” said Allen Douglas, the executive director of the Florida Engineering Society and the American Council of Engineering Companies of Florida.

So, what exactly happened and who’s to blame?

Sadly, we may never know every detail. Forensic engineering has made tremendous strides over the years and we’re confident that the work being done on the South Tower will yield important information. But figuratively reassembling this high-rise from the rubble to determine all root causes is no small task.

“There could have been many, many things that alone look bad and sound bad but didn’t cause it to start collapsing,” Kilsheimer told Southwest Florida’s Fox News 4. “They could have contributed to the collapse if they wouldn’t have been ‘bad.’ Maybe it wouldn’t have been as sensitive as it was, but you know that I don’t know that at this time,” he said.

After years of experience in our profession, however, we do know this: A strong professional and personal ethos can make a huge difference. As engineers and architects, we owe it to our clients and the people who live and work in our structures to design and build with their safety at the forefront of our efforts. Nothing less is acceptable.

To our colleagues in the industry:

June 24, 2021 was a personal and national tragedy. Let’s all affirm that we’ll do everything we can to prevent history from repeating itself. If you have any thoughts or questions about this topic, contact us at AWeible@prime-eng.com or SMcConnell@prime-eng.com.