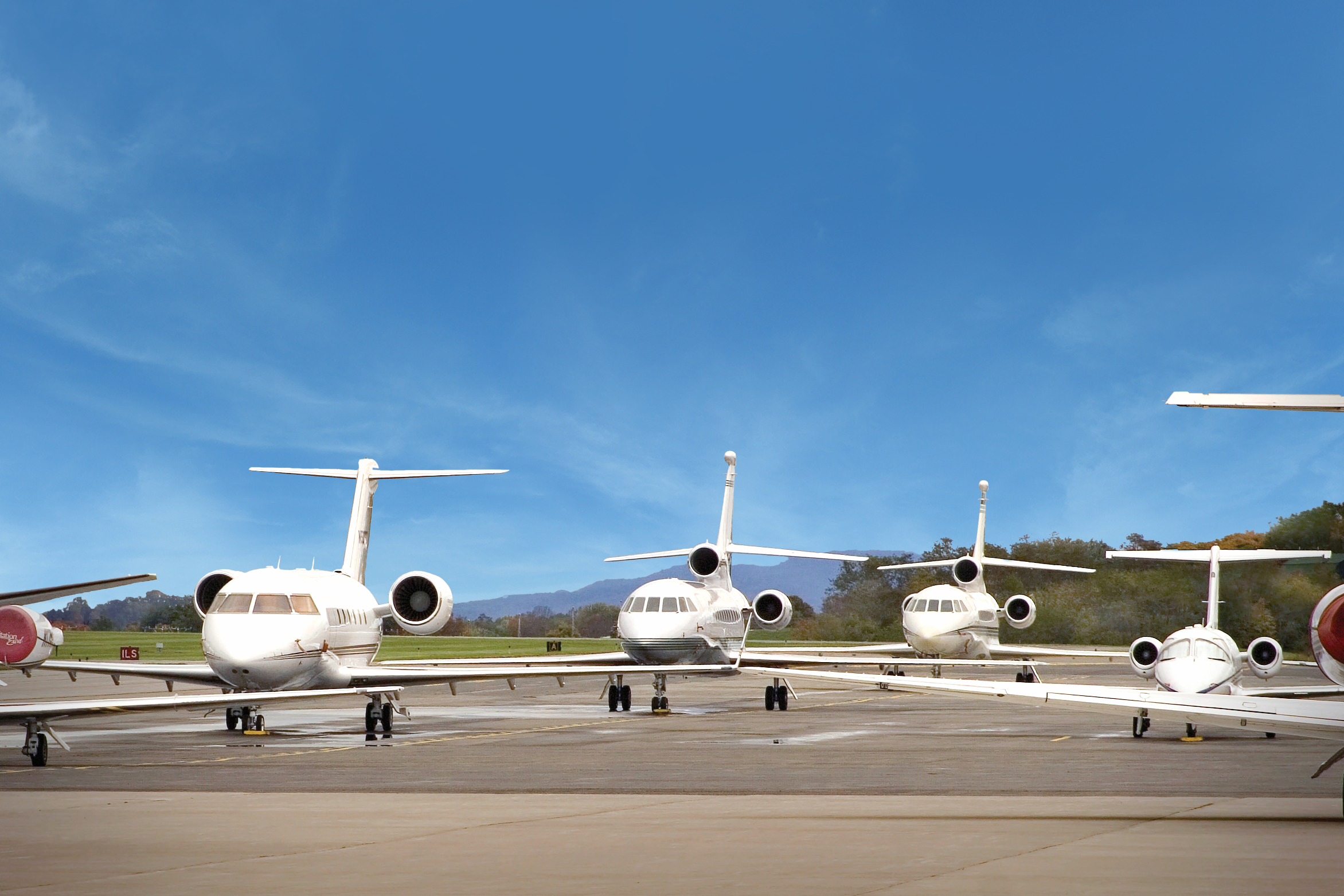 Often, when people think about global warming, their thoughts turn to the CO2 emissions from coal-burning power plants and automobile emissions—appropriately so, as they are major contributors to climate change. But aviation is an industry that is now drawing more attention, with major commercial and cargo airlines setting aggressive carbon-neutral goals, bolstered by policy initiatives like tax incentives and carbon writeoffs.

That said, the fact remains that traditional fuels are still functionally important. We need to heat our homes; travel to work, grocery stores, and football games; and efficiently journey to new, sometimes far-flung, destinations in pursuit of business and leisure.

As a firm with strong ties to the transportation and aviation industries, we know how much our current and future clients struggle with balancing short-term necessities vs. long-term payouts. It’s a challenge in any environment, but one that’s been made increasingly difficult with the dramatic changes brought about by COVID-19 and the increasing concerns about our environmental health.

Last year, the International Air Transport Association (IATA) passed a resolution, in concert with the Paris Climate Accords, for the global aviation industry to achieve net-zero carbon emissions by 2050.

How do we get there? This article outlines a number of steps—from utilizing electric vehicles on the tarmac to the development of alternative fuel sources for jet transport—that we hope the industry will embrace in its efforts to achieve this lofty goal. No single recommendation is a silver bullet. But achieving net zero in 28 years will require a combination of actions, some of which will be drastic.

Beyond the Airport Boundaries
Let’s start beyond the boundaries of the airport, focusing on ways to reduce the carbon footprint by those traveling to and from the facility.

It’s notable that the above steps require an electrical infrastructure that can both support the increased load on the grid and be powered by renewable energy such as solar, wind, hydroelectric, etc. For the transportation industry to electrify, the infrastructure must be there to support it.

Tarmac & Ramp Enhancements
Next come the tarmac and the ramp areas where people and people carriers direct traffic, load and unload bags, and safely steer aircraft into and out of gate terminals.

The Airports Council International Europe (ACI-Europe) is a carbon-reduction certification program for airports of any size, a version of LEED for airports. Like LEED, the ACI-Europe certification acknowledges owners for varying degrees of success in reducing their carbon footprint, while providing benchmarks for implementing carbon-reducing policies. Certification ranges from Level 1 to Level 4+. According to ACI-Europe, there are now 400+ airports that are ACI-accredited, with 87 boasting a carbon-neutral designation and 36 at the top-rated Level 4+.

Alternative Fuels to Power Planes
One policy change to incentivize airlines to reduce their carbon footprints would be to encourage use of more efficient planes and sustainable aviation fuel by implementing tiered pricing strategies that promote adoption of those alternatives. Embracing policies like this can help drive the transition from jet fuel to alternatives.

But the key to truly making a dent in carbon emissions is to take immediate steps to wean the aviation industry from jet fuel. New technologies, infrastructure changes, and carbon offsets will all contribute to achieving the net-zero goal. But finding alternatives to jet fuel is the most important advancement required. It’s a daunting task.

In a report prepared for the Mission Possible Partnership (MPP), an alliance of climate leaders, McKinsey outlined their recommendations for reducing reliance on jet fuel and achieving net-zero emissions. At the very top of that list is a $750 billion investment through 2050, with almost all of that going toward producing Sustainable Aviation Fuels (SAF). The rest would be directed toward developing electric, hybrid, and hydrogen aircraft, along with the airport infrastructure developments we outlined above.

Sustainable Aviation Fuels
If we assume McKinsey is correct and 65% of achieving net zero will come from SAFs, where will these fuels come from?

As we covered in an article last year, SAFs will likely come from places most people don’t like to hang around—manure ponds, grease traps, and fresh or saltwater algae. Waste is a valuable resource, and what we now routinely store or pay others to dump can—with the right engineering technology and financial incentives—offer an alternative to jet fuel. Biowaste is particularly valuable because it requires little or no adaption for use in diesel engines.

While engine adaptation isn’t necessary, however, ramping up the scale of SAF production and delivery is. Three years ago, SAFs accounted for less than 0.1% of aviation fuel consumption. According to McKinsey, “stakeholders must invest in about 300–400 new fuel production plants and associated upstream infrastructure. The 2030 target of 40 to 50 Mt [metric tons] will present challenges, considering that it typically takes at least five years to build a new SAF plant and get it to full operation, so stakeholders will need to plan new SAF plants within the next two to three years.”

In addition to biofuels, a hybrid “electrofuel” is also on the horizon. Electrofuel is a mix of clean electricity and hydrogen, a resource that in theory could be almost infinite. Currently, electrofuel is extremely expensive. Again, with policy incentives and private-sector investment, that expense can diminish as the market gravitates to these alternative fuels.

Electric, Hybrid, & Hydrogen Aircraft
The focus of this article, however, is on the development of electric, hybrid, and hydrogen aircraft. Making hydrogen work as a jet fuel requires redesigning planes to efficiently burn and store this volatile fuel. Hydrogen is the most intriguing option because it’s clean and can be used in a variety of ways.

In recent months, airlines have made substantive investments in hydrogen planes. Alaska Airlines, American Airlines, British Airways, and United Airlines have ordered up to 1,100 hydrogen-electric planes from ZeroAvia, a British-American company. United has also conditionally agreed to purchase up to 100 19-seat electric planes from Heart Aerospace, a Swedish aviation firm. For both hydrogen and electric planes, the focus is on regional routes due to the planes’ limited flight range. United, for example, could use hydrogen planes to fly from San Francisco to Modesto. The International Council on Clean Transportation (ICCT) estimates that these planes could eventually take over roughly half of the routes currently flown by one of the airline industry workhorses—the Boeing 737. Ultimately, the goal is to have electric or hydrogen planes capable of carrying 150 seats on flights of less than two hours.

Environmental & Economic Benefits
These initial investments are notable from both an environmental and economic development perspective. Carbon savings are a given. But focusing plane travel on shorter routes has the potential to create a sort of mass transport for regional flights, something that could revitalize smaller-market airports and create regional networks of green-based fuel development and transport options. Just as the placement of an automobile manufacturing plant triggers a surge in auto-related investments in an area, so too could the greening of plane travel through electric or hydrogen-powered planes.

A Collaborative Future
We now live in a world far more enlightened about the dangers of climate change, global warming, and the role greenhouse gases play in climate change. Make no mistake: Aviation is not the sole cause or even a dominant cause of the problem. But it plays a role and at Prime Engineering, we’re dedicated to helping airlines, airports, transportation companies, and the energy industry collaborate to help achieve net zero by 2050. If you’re interested in furthering this discussion, please reach out to us at BEnochs@prime-eng.com or CCash@prime-eng.com.