Mentoring the Next Generation of Engineers

This spring, Prime was fortunate to be part of the American Council of Engineering Companies of Georgia’s annual Introduce a Girl to Engineering Day. This spectacular event revolves around introducing upper-elementary and middle school-aged girls to engineering through games or activities hosted by Georgia engineering firms. Events such as this are very important for the future of engineering, as these young ladies will make up the next generation of women in engineering and leadership roles.

Being the only female engineer in my family, I saw this as an amazing opportunity in which to participate, since to my awareness no such events existed when I was growing up. My father is an aerospace engineer, so I knew at a very young age that I wanted to be either an engineer or an architect. He constantly encouraged me, telling me that I could be anything to which I put my heart and mind. So when I learned about the event this year, I jumped at the opportunity to represent Prime Engineering.

The event was hosted at Kennesaw State University’s Marietta Campus. Approximately three dozen booths were set up for the event, with around 245 young ladies partaking in the day. There were a variety of booths for the ladies to visit, showcasing a vast range of engineering specialty firms. Each booth had a different theme and had the ladies involved in building something or making something move, using their hands and their brains. It was amazing to watch their eagerness to learn!

When trying to come up with an activity for Prime’s booth, I wanted to find something practical for the young ladies to do and easy (and affordable) enough for their parents to re-create at home. One night I was scrolling Facebook and came across a video of a father and child building a DaVinci bridge out of 2′ x 4’s in their backyard. I knew right then this would be a perfect activity for Prime’s booth — but I needed to figure out how to downsize it.

Let me tell you how amazing the internet is! After some research, I found instructions and a video on how to build a DaVinci bridge using Standard No. 2 pencils and rubber bands. Very inexpensive and practical, just like I wanted.

Below are the steps to build the bridge: 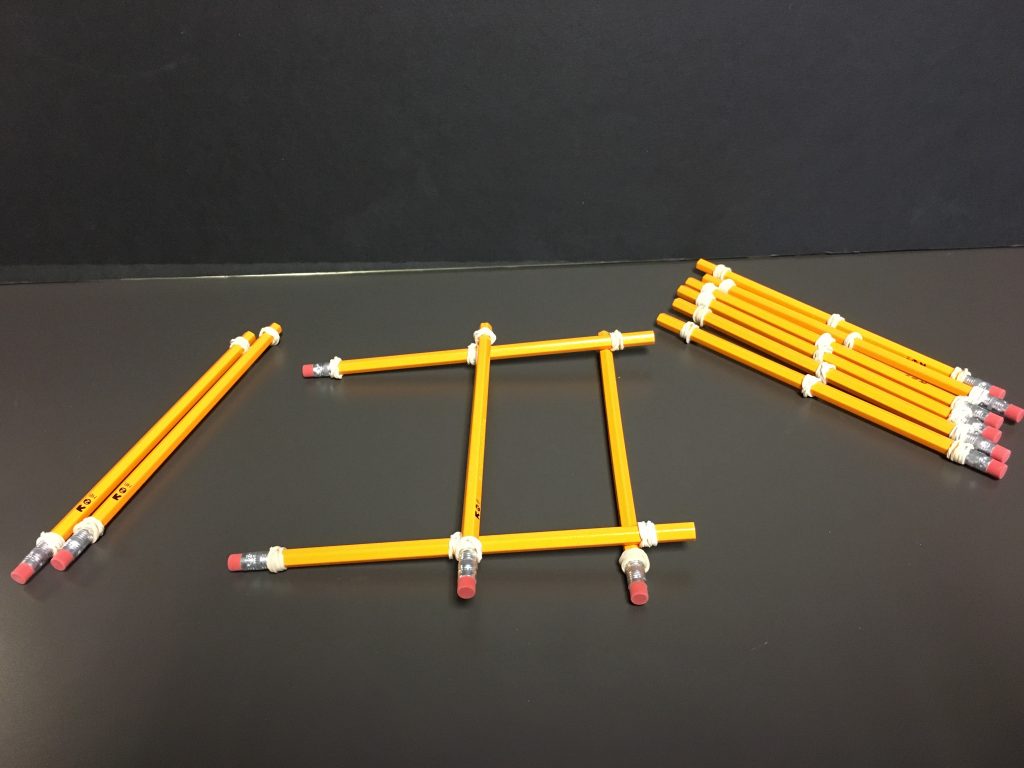 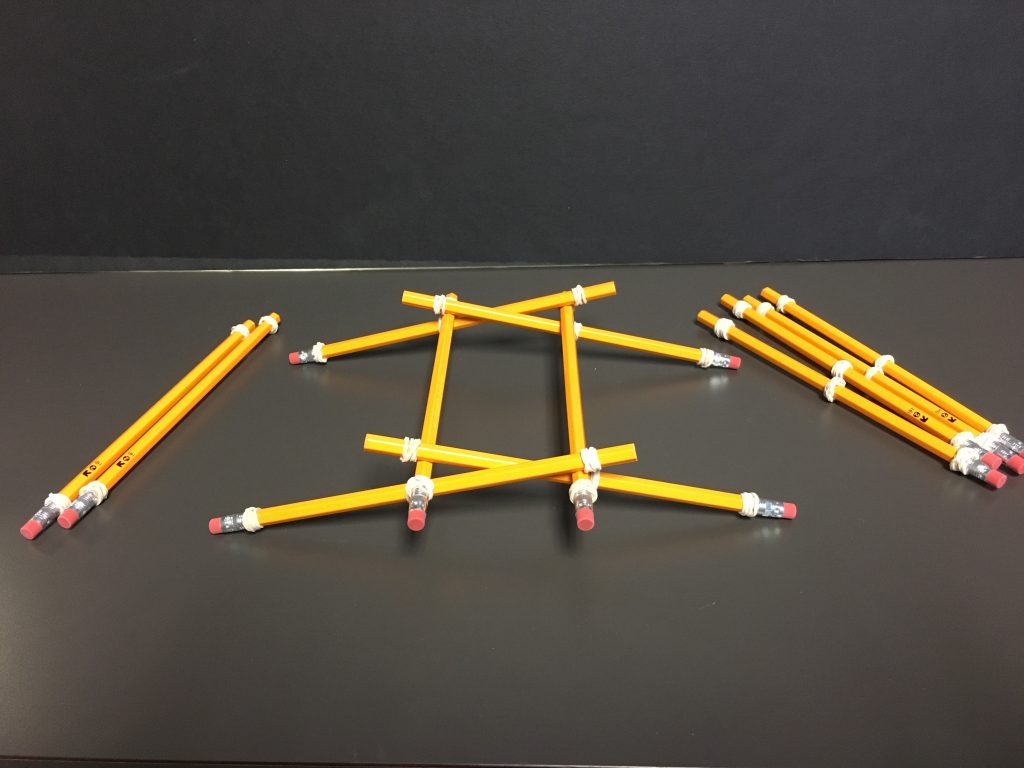 Slide a bridge beam under the main members that were just added to  the structure. Once this is completed, lift the new beam, then slide two new bridge members under this beam and over the previous beam, adding another layer to your bridge. 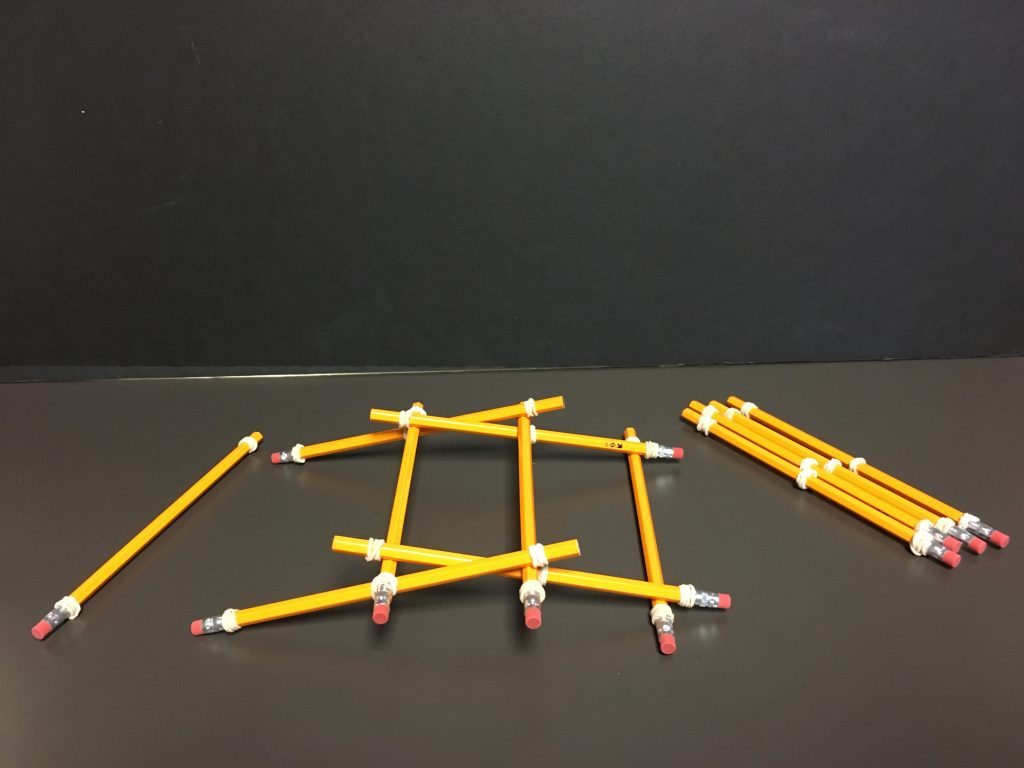 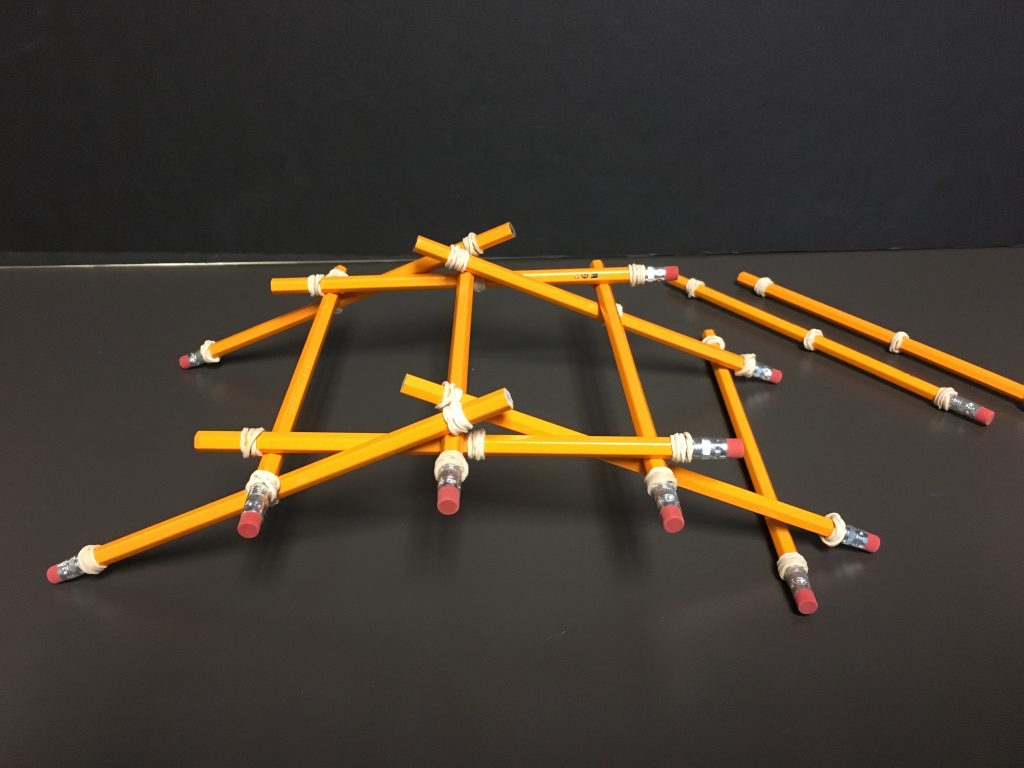 The final step is to add weight to your bridge. At the event I used textbooks and office supplies to show the young ladies how their bridges could handle a load on them. 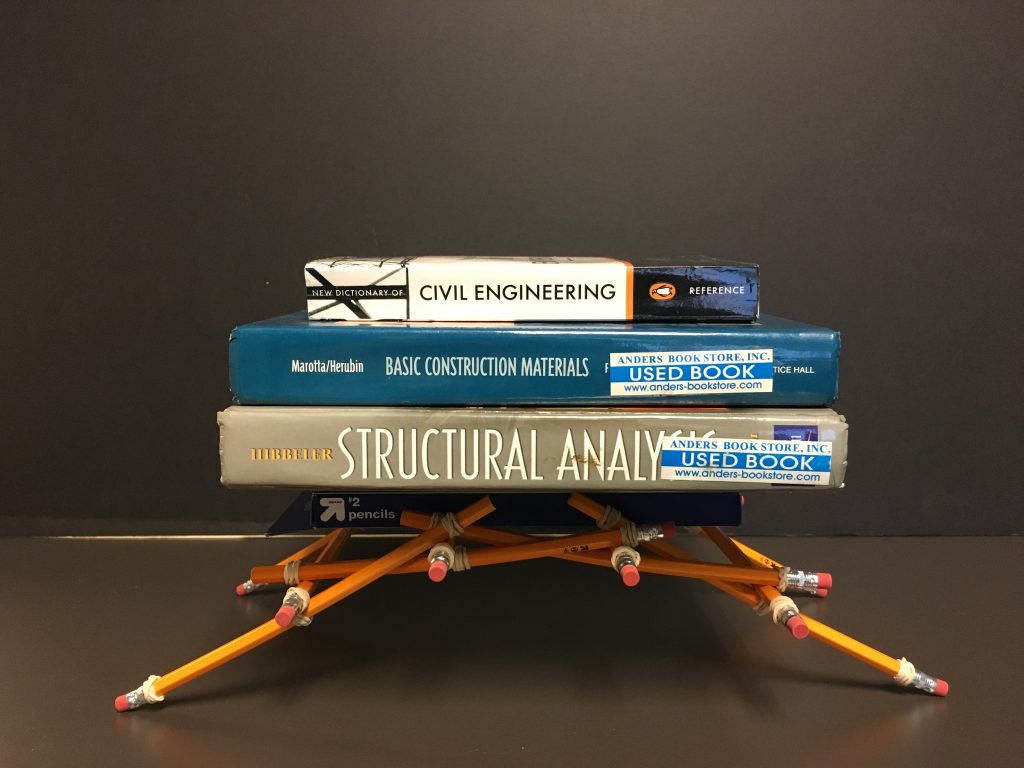 One of my favorite moments was watching the young ladies’ faces when they realized that they could build a bridge and that it would hold weight. One group was so excited that they kept adding more weight to their bridge — at which point they learned that every structure does have a breaking point. It was a good thing we had spare pencils on hand!

Another memorable moment involved a little boy who was there with his big sister. As she was building her bridge, I asked him if he would like to build one and he said that there was no way he could build a bridge. I told him he really wouldn’t know if he didn’t at least try. With a little encouragement from myself and Mom, we had him building a bridge of his own. Once he realized he could, and after we added weight to the bridge and it didn’t fall down, the joy on his face was priceless!

I’ve been fortunate to grow up in a time where being a female does not have the limitations of the past. As mentioned, I grew up with parents who encouraged me to be anything I wanted and who told me there were no limits to what I could achieve. I grew up watching the space shuttles take off with women on board. I built rockets and fired them off at the grade-school playground, and I still have my rocket as well as the patch we made, just like at NASA!

It is more important now than ever that we sponsor these events to encourage our younger generations to involve themselves in STEAM and learn how much they can achieve with a little hard work. We should support the idea that young people can be anything they want: a doctor, scientist, astronaut, engineer, graphic artist, computer programmer, etc. The sky’s the limit! My personal motto, which I instill in my own children, is: “If you tell me I cannot do something, I’m going to prove you wrong!”