Facility design not only met, but significantly exceeded, program goals. Space-saving features included incorporation of extra parking positions and cutting-edge electronics instead of cumbersome physical infrastructure. Despite the enhancements and innovations, the Deicing Facility pays for itself in less than one day of a significant winter storm.

Layout features 15 parking positions in a confined space – more than what was asked for, all without going over budget – as well as an animated aircraft movement plan video to demonstrate the space’s use. Despite the innovative and extra features, the Facility remained on budget, staying at the originally agreed-on price. 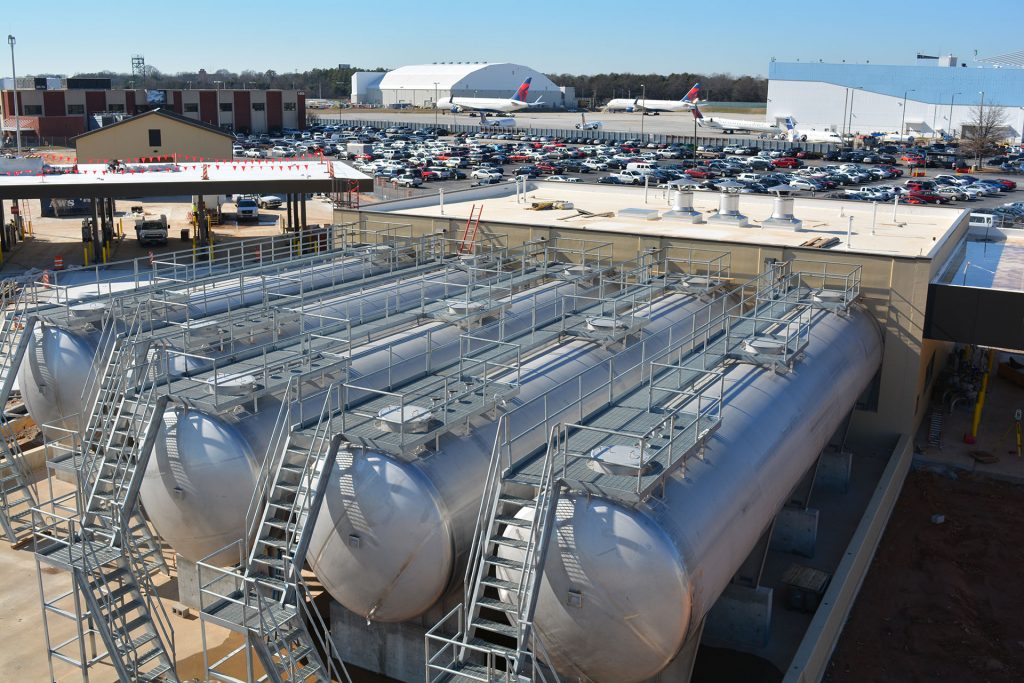