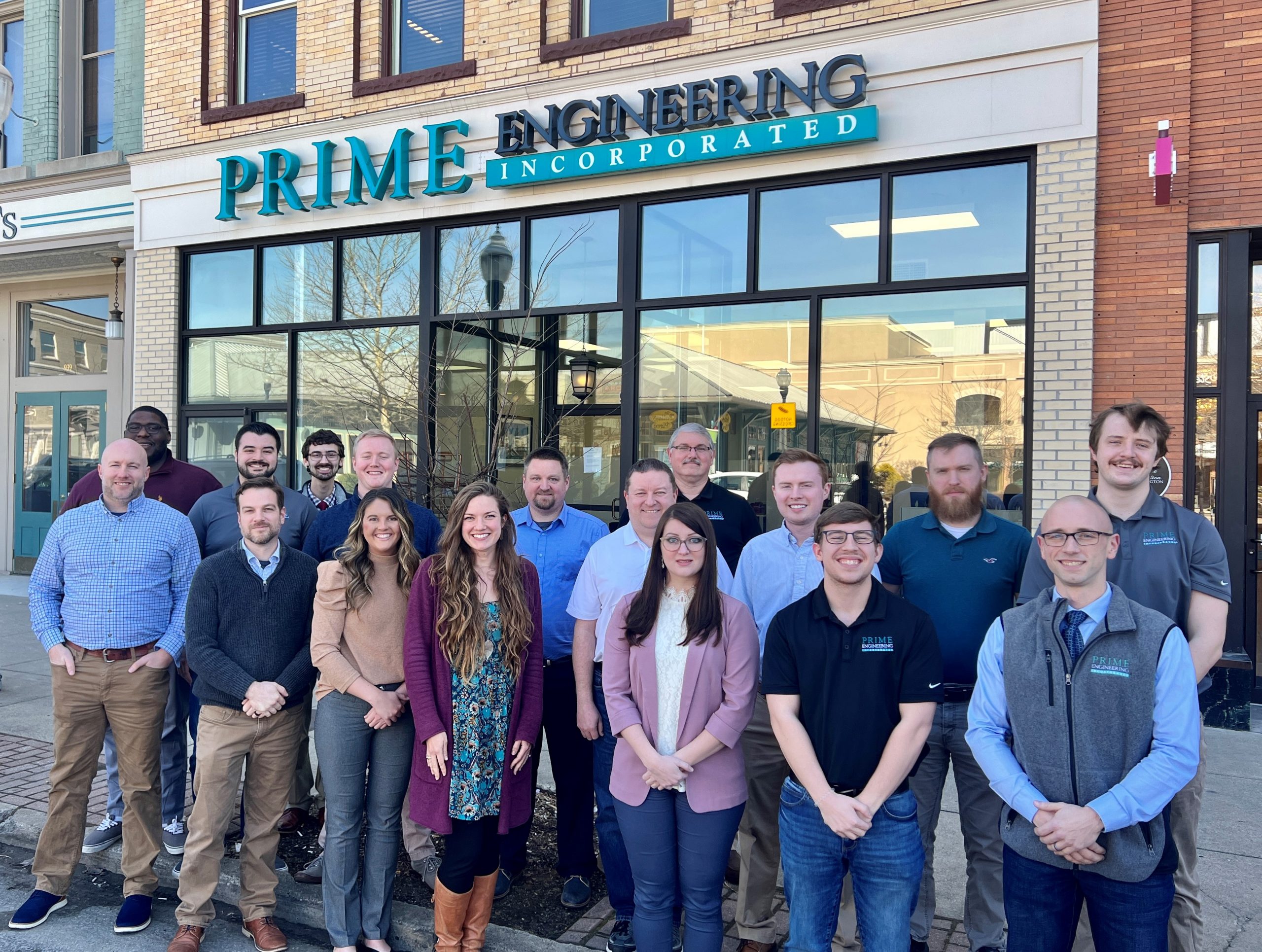 “And then there were 19,” said Brandon Enochs, Chief Operating Officer of Prime Engineering, Inc. in reference to the substantive growth the firm has seen since opening in Downtown Huntington in July 2019. “We never dreamed that we would grow so quickly and so successfully. We’re grateful to our clients. We’re grateful to the community. And we’re grateful to our outstanding staff who have made Prime a high-demand Architecture, Engineering, & Construction (AEC) firm in the region,” he said.

Prime will be celebrating that growth with an Expansion Open House on Tuesday, April 19th from 4-7 pm at 937 3rd Avenue in Huntington. Refreshments and hors d’oeuvres will be served. Prime staff may even break out their virtual reality software, technology that allows the firm to immerse their clients in architectural and engineering designs for buildings and manufacturing and delivery processes.

Prime currently occupies the first floor of the 3rd Avenue office building. The expansion occurred on the third floor in the same building and will provide additional space for 25 staff on the third floor alone, sufficient to cover current staffing levels and some additional growth. With the expansion, both floors have the capacity to house 42 employees, an indication that the recent hiring surge shows no signs of abating.

“Expanding our staff of architects, engineers, and support staff delivers a professional, well-paying boost into Downtown Huntington,” said Chase Bailey, Prime’s Vice President and Director of its Industrial Market Segment. “Of our six recent hires, three are from local universities,” he said. “We like to keep great talent home in West Virginia. It’s something we take great pride in and intend to continue.”

Technically, this isn’t the first expansion for Prime in their 3rd Avenue office. When first built out, the firm created space for nine staff members. Within months, expansion required that Prime build out the entire first floor to accommodate 17 people. With 19 staff currently on board, two staff had been working out of a conference room before the third-floor expansion.

The upper level also includes a deck overlooking Pullman Square in Downtown Huntington. “It’s a very nice feature,” said Bailey. “It gives us a chance to get away from our desks, get some fresh air, or have lunch outside while enjoying the energy of the city. It’s a nice touch that our employees will appreciate.”

Among those employees are six recently hired Prime staff in the Huntington office.

Bailey was promoted from head of the Electrical and Controls Department, while Weible rose from his Regional Manager position. Both have been responsible for the rapid expansion of Prime’s Huntington office, an office that began in the basement of Weible’s home, moved to a storefront office in 2019 with four staff, and is now a full-fledged facility with 19 employees and counting.

Bailey brought his electrical engineering talent to Prime in 2019, offering a 15-year history of success in the steel, special alloys, coal, and natural gas industries. An experienced design engineer, he has extensive familiarity with designing power distribution and control systems and technical support throughout all phases of Prime’s projects. Importantly for Prime’s clients, Bailey has grown the Electrical Department into one of Prime Engineering’s strongest and most well-respected disciplines.

“I love what I do. I love where I work. I love the people with whom I work,” said Bailey. “It means a lot for me to be able to remain close to my roots while building a professional services firm that serves the entire country. Our work and region will benefit, and I look forward to continuing to grow our electrical engineering expertise by adding to Prime’s workforce here in Huntington and elsewhere.”

Adam Weible, a licensed Professional Engineer in several states, joined Prime almost four years ago. During his tenure at Prime, he has significantly grown the Huntington office and numerous strategic accounts throughout the country. As the Chair of the Civil Engineering Advisory Board at Huntington’s Marshall University, Weible sees real potential for the area and Marshall graduates. He also sees real opportunity for growth in other regions of the US. “This is a relationship business, and it’s great to match great people at Prime with great clients. It’s kind of like destiny,” Weible said. “I want to apply what I’ve learned thus far to where we’re going as a company. I see tremendous potential to build upon what we’ve already accomplished.”